3 of the Biggest Dating Traps You Keep Falling Into 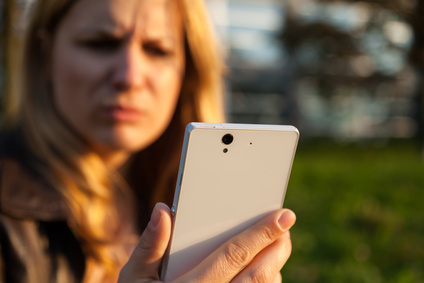 You put yourself out there, engage in back-and-forth texting until he finally asks you out on a date.

You go out and have an amazing time.

You don’t want to get your hopes up (again), but you think he has a lot of potential.

He asks you out on another date… and then another.

Now you’re feeling pretty sure that he maybe, might be the one…

You stop going on line.

You start reserving space in your weekend (just in case)

You don’t accept dates from other men (Why? You’re already planning your fifth date!)

And, after that… that familiar feeling of hurt and frustration.

It’s easy to get excited when you meet a nice guy who is a gentleman, is making time to see you, calls between dates, and is fun to be with.

And it’s tempting to want to save space in your calendar, just in case he asks you out.

The problem is that, if you’re like most women, you make 3 big mistakes when you do this.

The first mistake is what we call “falling into a ‘pseudo-relationship.”

Because, as a woman, you naturally want to bond and connect with someone emotionally and physically, it’s natural for you to think you’re in a relationship, even if you’re not.

Trust me, when you’re in a relationship, you’ll know. You won’t have to wonder. The man will come out and tell you that he doesn’t want to see anyone else and that he’d like you to do the same.

Until a man says that, go by this motto: It’s not a relationship until it is.

When you aren’t seeing anyone else, it’s natural to have the feelings for the one person you are seeing grow.
Even if you don’t know him very well, and even if you’re not really sure if you really like him, the fact that you are spending so much time together — the proximity, the amount of time and attention you are giving him — will have you become prematurely attached to him.

This has you waiting for his call, texting or calling him when you don’t hear from him, start to get nervous when Wednesday comes around and he hasn’t asked you out for the weekend yet… Sound familiar.

This is such a trap, and what happens is that you fall into making the third mistake.

The third mistake is getting upset when he doesn’t call or ask you out.

Remember the motto I mentioned above? It’s not a relationships until it is.

Until you are in a relationship with a man, he does not have to call or text you every day.

He doesn’t have to ask you out.

And (and this is the one that can cause the most upset), he can call, text, go out, and sleep with anyone he pleases.

You’re NOT in a relationship.

He doesn’t have to do any of those things, and it’s quite possible he is talking to and going out with several women.

Which is why we recommend you do the same!

Now, we’re not saying kiss or sleep with several men.

You can do that, if you choose (although I don’t recommend that).

What I am saying is that you can talk to, go out with, and have fun getting to know different men.

Which also means you avoid a lot of unnecessary heartache.

As much as I know you want to be in a relationship, trust me when I tell you that not attaching yourself or mistaking “dating” for a relationship is going to make dating a lot less frustrating and a lot more fun for you!

If you have any questions regarding how to be more successful in dating so that is a lot more exciting, fulfilling, and FUN, simply tell me your #1 question or challenge when it comes to dating.

I promise to reply and give you some straight coaching about how to avoid some of the traps of dating so that you can have more success in attracting the love you want!