Self-Sabotage Much? (Why you keep self-sabotaging your relationships) 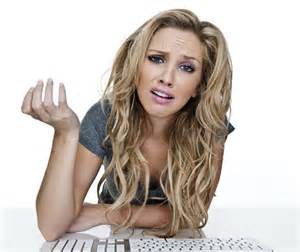 Have you ever really wanted to break a habit or pattern you see happening over and over again in your life, but, no matter how hard you try to stop doing it on your own, no matter how many books you read, videos you watch or teleclasses you attend, you still find yourself doing the same things you promised yourself you would not do?

The same thing was true for one of my clients when it came to dating and relationships.  I’ll call her Sophia, to protect her privacy.

Sophia didn’t necessarily have trouble  attracting men.  She would get asked out on dates and, sometimes, on multiple dates by the same guy.

While it felt good to be asked out by men, this pattern of attracting men who did not want to have a long-lasting relationship with her made Sophia feel confused, frustrated, and used – especially if the man had said up front that he was looking for someone to be in a relationship, and even more so if she had been sexually intimate with him.

What Sophia discovered while we worked together was that the reason she was continuously finding herself in the same situation was not necessarily because every single man she was dating was not interested in a having a committed relationship.

It was because she had a hidden belief that, if she slept with a man who was showing interest in her, that having that physical connection would somehow ensure that he would want to have more of an emotional connection with her.

What would happen, however, is that she would feel overly attached to the man, begin acting as if they were in a relationship, and subconsciously begin demanding more time, attention, and affection from the man.

What was even more surprising to her was that she also had a hidden belief that the man would eventually disappoint and leave her.

So, subconsciously, she was attracting men who would confirm for her the hidden belief that she would not find a man who would love and accept her without her having to sleep with him, and that, even when she did, he would still leave her.

Now, it’s important to understand that Sophia did not want to continue repeating the same patterns.

In fact, if you asked her, she would tell you the exact opposite of that.

However, because these beliefs were in her subconscious, they were hidden from her – in her blind spot – and she was continuing to attract the same kind of man, take the same actions, and experience the same heartache time and time again.

As we worked together, Sophia began to uncover more of the Love Barriers that were blocking her from attracting and receiving the kind of love she really wanted.  As we did the HeartWork to remove those barriers, she began experiencing more success in dating – having more fun, attracting really great men who were interested in possibly having a relationship with her, and finally meeting a wonderful man with whom she is living out the love and life of her dreams.

If you’re like Sophia, and you are tired of trying to stop repeating the same patterns, or, worse, you’ve pretty much given up on finding the kind of love you want, then I want to encourage you and let you know that you, too, can have the kind of loving relationship you want with a man who is going to truly and deeply love you for the rest of his life!

But here’s the deal: You have to be willing to take the steps to uncover the hidden barriers that are in your blind spot, blocking you from attracting and having the relationship of your dreams. Otherwise, the self-sabotage will continue.

Trust me, if you knew what they were and how to stop allowing them to keep you repeating the same painful patterns, you would have already done it.

Sometimes it takes working with someone who can lovingly guide you to see what you haven’t been able to see on your own. Then, once the barriers have been uncovered, we can get to the work of breaking and replacing them with new thought and behavior patterns that will allow you to easily and effortlessly attract the love you desire into your life!

If you’re ready to stop “trying” and you want to really get past this once and for all, I’ve opened up a few spots on my calendar next week, and I’d be happy to help you have your love breakthrough!

Simply click here to schedule time for a Love Breakthrough Session, and we’ll do this together!

Remember: You deserve to finally be happy and in love with a man who deserves and desires you!  Isn’t that worth doing what it takes to removing whatever’s in the way?

No matter what’s happened in the past, you can break the patterns that have kept you stuck in heartache.  Let’s talk and breakthrough those patterns together!